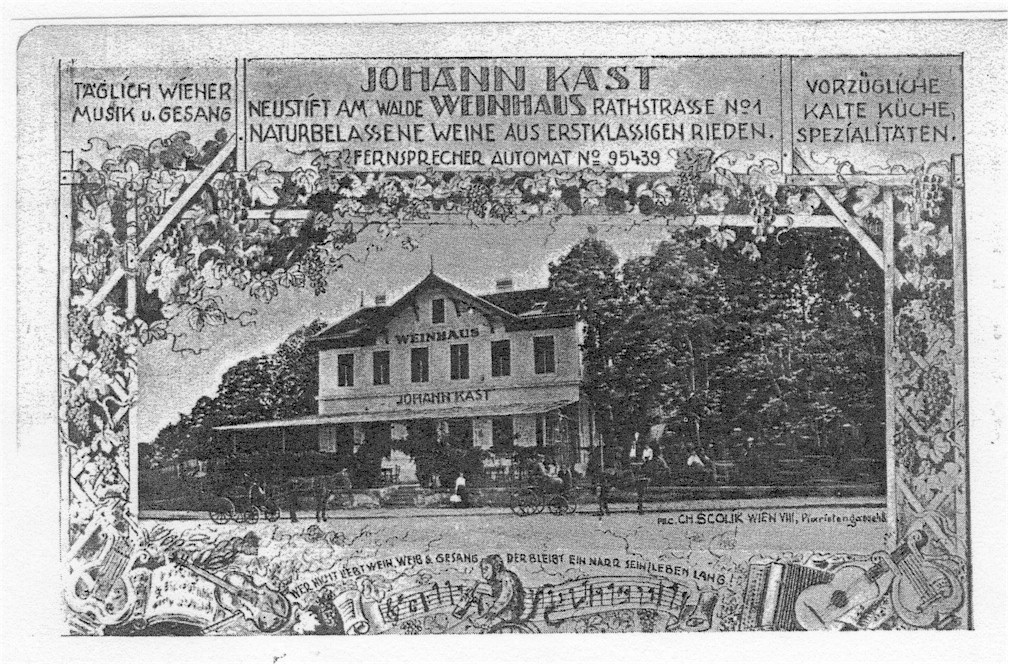 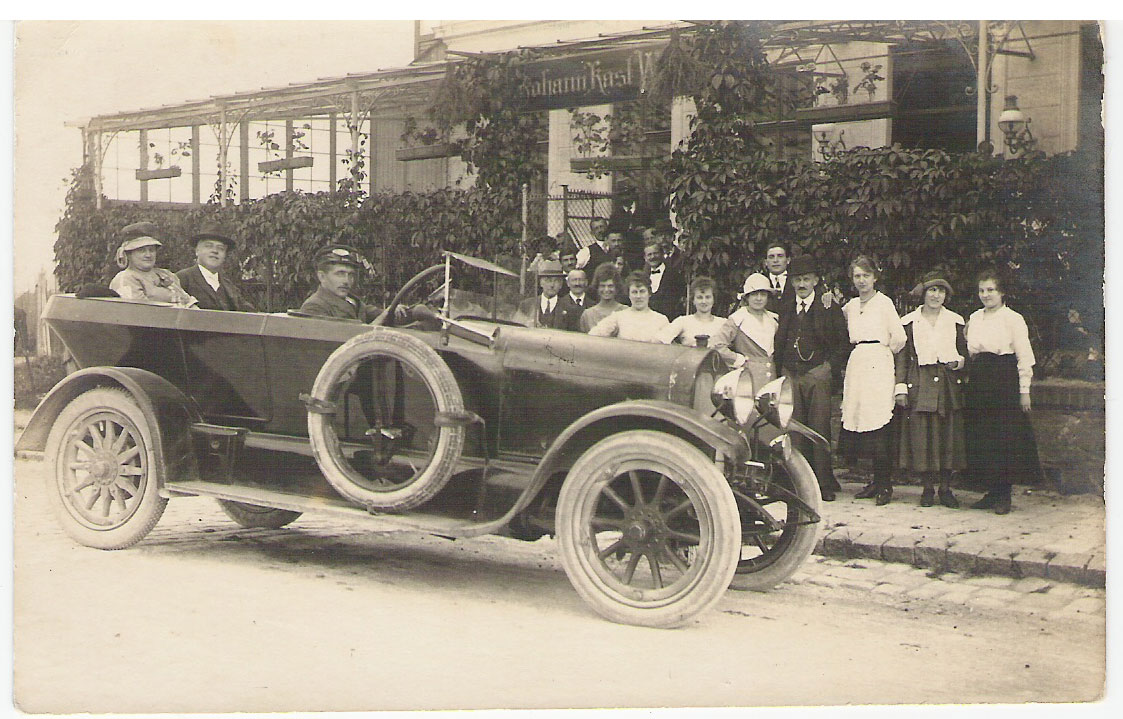 Photo taken in front of Weinhaus Johann Kast.  Johann (my grandfather) is standing on the curb wearing the bowler hat and watch chain.
His sister, my great-aunt Mitzi is seated in the back of the automobile with her husband Arthur Franz.
from John Karl Kast family archives

Johann Kast immigrated to the United States in 1912 with his wife Rosa and two young children Anna and John Karl (my father), where he found work as a spot welder
in the Pullman railroad coach works on the south side of Chicago, Illinois.  Some time after 1917 when Rosa passed away, Johann returned to Austria and opened the
weinhaus.  My father and aunt were left in America to be raised by his sister, my great-aunt Anna Kast Hanatschek.
Weinhaus Johann Kast was located at #1 Rathstrasse in Neustift am Walde (New monestary by the woods) in suburban NW Vienna, Austria.  Neustift am Walde
is a district renowned for wine production and entertainment and wine drinking establishments.  Due to real estate pressures from nearby Vienna, much of the area
has been redeveloped.  Sadly, my grandfather's establishment no longer stands, and today the address looks like this: